The difference and role of motor stator and rotor

The stator and rotor are the necessary parts of the motor. The stator is fixed on the housing and usually there are coils wound on the stator; the rotor is fixed on the chassis through bearings or bushings, and there are silicon steel sheets and coils on the rotor, the current will produce a magnetic field on the stator and silicon steel sheets of the rotor under the action of the coils, and the magnetic field will drive the rotor to rotate. 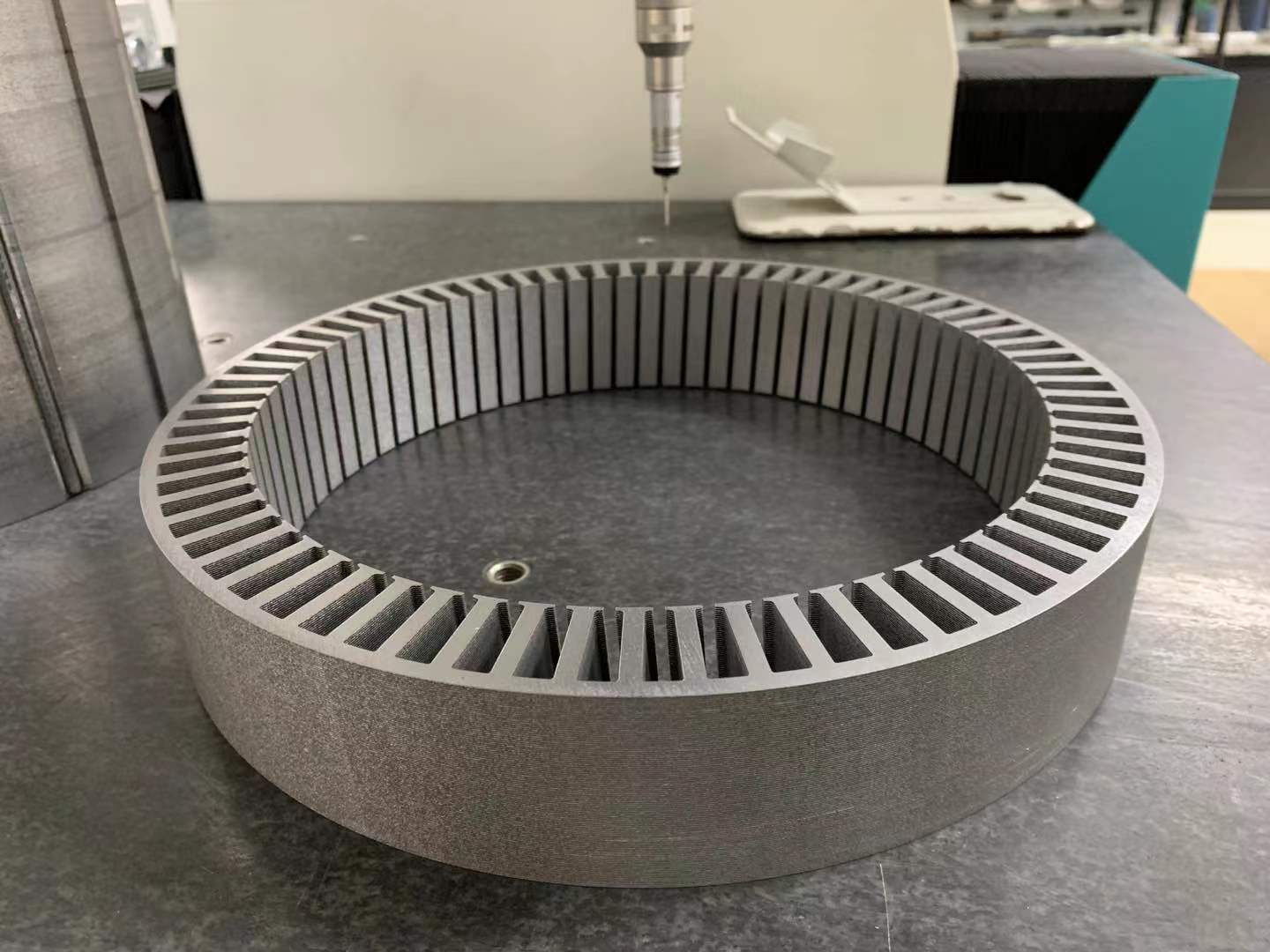 Firsty, the stator of asynchronous motor is composed of stator core, stator winding and seat.
1. Stator core
The role of the stator core is to serve as part of the motor magnetic circuit and embedded stator winding. The stator core is made of 0.5mm thick silicon steel sheet laminated, and the two sides of the brick steel sheet are coated with insulating paint to insulate the sheet from each other to reduce the core loss caused by the rotating magnetic field in the stator core. The inner circle of the stator core is punched with a number of identical slots to embed the stator winding.
2. Stator winding
The stator winding is the circuit part of the motor, its main function is to pass current and generate induction potential to realize the conversion of electromechanical energy. Stator winding coils are divided into single-layer and double-layer in the stator slot. In order to get better electromagnetic performance, medium and large asynchronous motors use double-layer short pitch winding.
3. Stator seat
The role of the chassis is mainly to fix and support the stator core, so it is required to have sufficient mechanical strength and stiffness, can withstand the motor operation or transportation process of various forces. Small and medium-sized AC motor - the general use of cast iron chassis, the larger capacity of the AC motor, the general use of steel welding chassis. 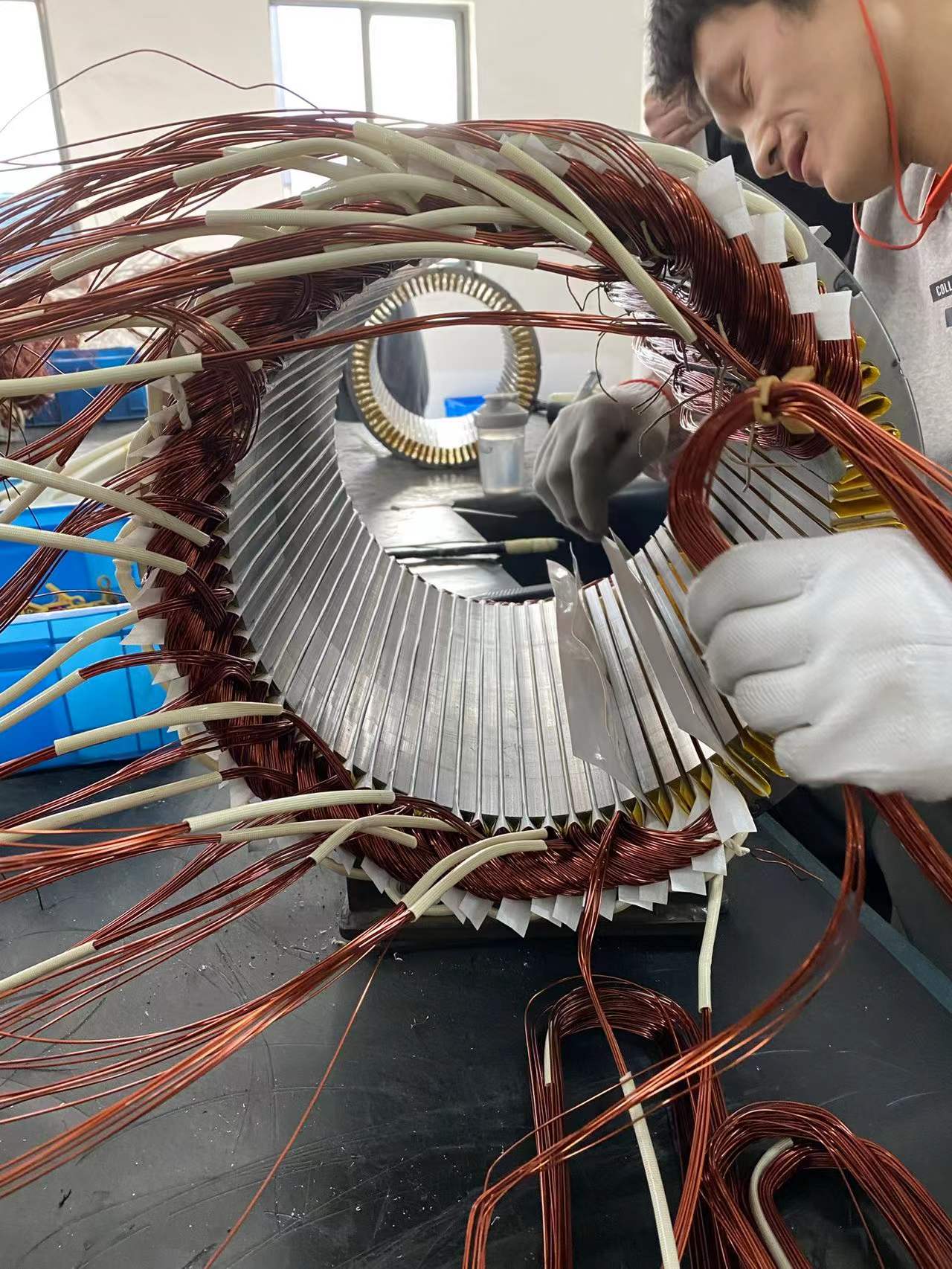 Secondly, the rotor of asynchronous motor is composed of rotor core, rotor winding and rotor shaft, etc.
1. Rotor core
The rotor core is part of the magnetic circuit of the motor. It and the stator core and air gap together constitute the entire magnetic circuit of the motor. The rotor core is generally made of 0.5mm thick silicon steel laminated. Most of the rotor cores of medium and small AC motors are mounted directly on the motor shaft. The rotor core of large AC motors is mounted on the rotor bracket, which is set on the rotor shaft.
2.Rotor winding rotor winding is the role of induction potential, flow through the current and generate electromagnetic torque, the structure of the form of squirrel cage type and wire-wound type two.
1. Squirrel cage rotor
The squirrel cage rotor winding is a self-closing winding. There is a guide bar inserted in each slot, and there are two end rings connecting the ends of all the guide bars at the slots extending from the ends of the core. If the core is removed, the shape of the entire winding is like a "round cage", so called the squirrel-cage rotor.
2. Wire-wound rotor
Wire-wound rotor winding and fixed winding is similar to the insulated wire embedded in the rotor core slot, and connected into a star-shaped three-phase symmetric winding. Then the three small wire ends are connected to the three collector rings on the rotor shaft, and then the current is drawn out through the brushes. The characteristic of the wire-wound rotor is that the collector ring and brushes can be connected to external resistors in the winding circuit to improve the starting performance of the motor or to regulate the motor speed. In order to reduce the wear and tear of the brushes, wire-wound asynchronous motors are sometimes equipped with brush shorting devices so that when the motor is finished starting and the speed does not need to be adjusted, the brushes are lifted and the three collector rings are shorted at the same time.